The Ariake no Oka Core Wide-area Disaster Prevention Base is a disaster prevention facility managed by the Cabinet Office.

Characteristics of the disaster prevention facility

The entire facility (including the transmission antenna tower) is situated on top of a seismic isolation system.

The facility is connected (over land and through satellite) to all government agencies as well as all prefectural and municipal governments via the CAO's Disaster Prevention Radio Communication System.

Recreation spaces, etc. for personnel
Locker rooms, showers, and sleeping rooms are provided (during times of an emergency, a portion of public park facilities may also be used as sleeping rooms). 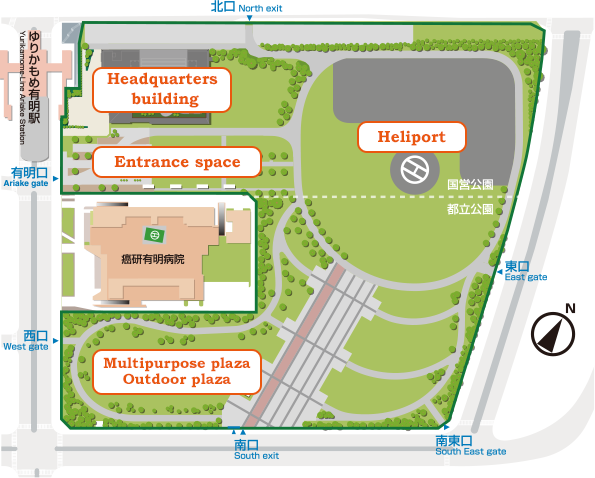